We support a lot of software (you can check out the full list here) but it's worth an expanded look at the most popular driving-focused titles out there. Below are overviews of the 'big three' simulations used with our motion platforms: iRacing, Assetto Corsa (shown in header image), and Project Cars. There's a whole world of software supported on our motion systems, but if you're looking for the best driving simulators around, start with these.

iRacing is a no-compromises simulation top-to-bottom. Tracks are laser-scanned, resulting in surface accuracy which is practically impossible via other means; vehicles are modeled with assistance from manufacturers, and the simulation’s tire model — arguably the most important and difficult part of a racing simulation — is excellent and updated frequently.

The main negative of iRacing is its requirement for an always-on Internet connection; secondarily, its accuracy and (until recently) complete lack of aids to assist new drivers give it a learning curve nearly as steep as the real thing.

One mitigating factor: Unlike real life, you can make as many mistakes as you want without incurring penalties to life, limb, checkbook — or reputation.

But don’t celebrate yet — that only applies in practice. In a race against other live opponents, ‘agricultural’ excursions, course-cuts, and collisions with other vehicles are punished severely by the game’s automatic, teutonically-precise, and unblinking marshals. And adding insult to injury, enough on-track indiscretions will find your license demoted (yes, you need a license for various levels of competition) or even revoked.

Realism has a price.

Want to set up a Ford Transit one-make series with your buddies? You can do that. Want to give one guy a Williams FW26 because you think you can still beat him in your Transits? You can do that too. 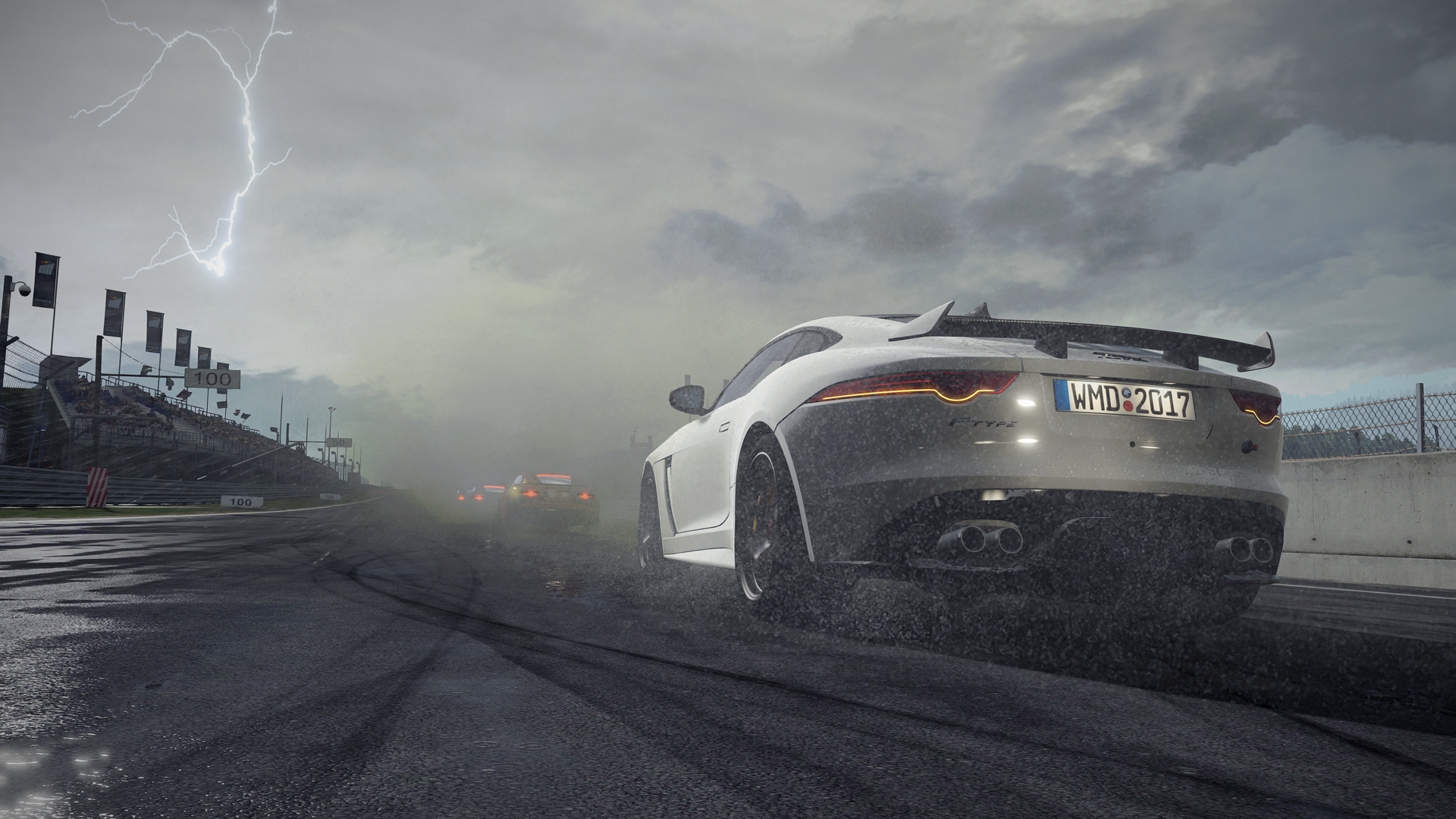 The most accessible of the three titles covered here, Project Cars (pCars) is probably the closest thing to a mass-market racing simulator. But don't let that dissuade you: Underneath the category-leading eye candy, dynamic weather system, and full-on career mode is a solid physics engine and capable modeling.